Japan’s primary deficit will triple from its earlier projection to 1.5 trillion yen in fiscal 2025, the target year when the government aims to turn a surplus, due to a substantial increase in defense spending, government projections showed Tuesday.

The revised projections are based on the assumption that Japan’s economy will grow 2 percent in real terms, with the balance possibly deteriorating further if economic growth slows.

In its outlook, the government retained its assessment that Japan will achieve a surplus in the primary balance in fiscal 2026 of 2.5 trillion yen.

Under the less sanguine “baseline” scenario, which predicts the economy to grow only around 0.5 percent over the medium- to longer-term, Japan will not be able to bring the deficit to a surplus in fiscal 2025 or even by fiscal 2032, the final year covered by the projections.

Japan had aimed to attain the fiscal consolidation goal by fiscal 2020 but put it off until fiscal 2025. The forecasts were presented to a government panel on economic and fiscal policy on Tuesday.

The primary balance is the difference between tax revenue and expenses other than debt-servicing costs and an indicator of fiscal health. Japan’s fiscal health is the worst among developed nations, with its government debt more than twice the size of the economy.

“We will continue to hold up the banner of fiscal reconstruction and aim for our goal of restoring fiscal health,” Prime Minister Fumio Kishida told a parliamentary session on Tuesday. “We are not thinking about backpedaling on our stance.”

Massive spending in recent years to respond to the COVID-19 pandemic and inflation accelerated by Russia’s war in Ukraine has put fiscal rehabilitation on the back burner. Finance Minister Shunichi Suzuki warned in his speech to parliament on Monday that the nation’s fiscal situation has been deteriorating on an “unprecedented” scale.

Japan plans to boost defense spending by 43 trillion yen over the next five years from fiscal 2023 to enhance its defense capabilities to better cope with threats from its neighbors China, North Korea and Russia.

Kishida has decided to secure necessary funding by cutting spending in non-defense areas and raising taxes, though he faces criticism from opposition lawmakers who see the process as too cursory. Some ruling party lawmakers take the view that the government should issue bonds for more defense spending.

The government has yet to decide how to secure 2.5 trillion yen of the planned 43 trillion, and this contributed to the worsening of the primary balance outlook, a government official said.

After the Bank of Japan stunned financial markets in late December by widening the trading band for 10-year Japanese government bond yields, the government raised its assumed long-term interest rates to 0.4 percent from 0.1 percent from fiscal 2023 onward. In fiscal 2026, the assumed rate rises to 0.6 percent, triple its July 2022 estimate.

Governor Haruhiko Kuroda, whose term as BOJ chief ends in April, has rejected the idea of further expanding the trade band. Market expectations have grown that the dovish central bank will shift to a tighter monetary policy, with eyes on who will succeed Kuroda, analysts say.

In the current fiscal year to March, the primary deficit is forecast to widen to 49.3 trillion, instead of 40.6 trillion yen. It will shrink to 22.9 trillion in fiscal 2023, but that is still double the earlier projection. 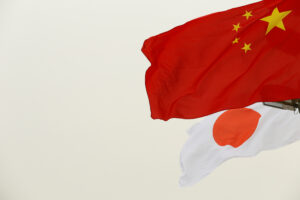 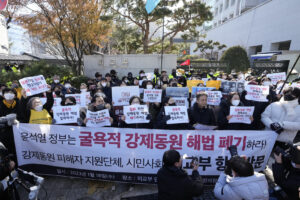 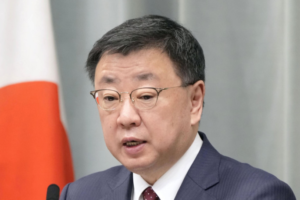 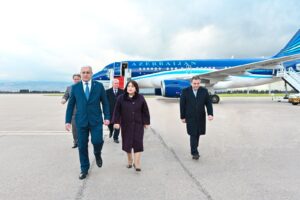