“Heydar Aliyev is not only a genius son of his people, he is one of the great geniuses of the world politics,” Israel Security Academy said in a statement on the occasion of the commemoration day of Great Leader Heydar Aliyev.

The statement reads: “Friend and brother, the great son of the Azerbaijani people, the great leader of the Azerbaijani people, Heydar Aliyev, was a phenomenal personality, a genius leader, a highly respected leader not only in the Caucasus, but all over the world. He has always been chosen among the world leaders with his high world view and bright politics and has occupied a unique place in world politics.

In the early 1990s, the severe political crises that took place in Azerbaijan were rapidly leading this country to disaster. At that time, Azerbaijan was on the verge of fratricide, one step away from the danger of being divided. In other words, separatist tendencies have arisen on many grounds in Azerbaijan, and many internal forces intended to divide and divide Azerbaijan. At such a time, Heydar Aliyev, who came to Baku from Nakhchivan at the insistence of the Azerbaijani people, came to the aid of the Azerbaijani people and saved Azerbaijan from division and fragmentation by fighting with the enemies of the Azerbaijani people in the political field. Thus, the genius Heydar Aliyev, who was elected as the chairman of the Parliament on June 15, 1993, and as the President of the country on October 3, 1993, saved and protected Azerbaijan from disintegration and occupation. The period of prosperity of Azerbaijan began with the leadership of the late president, genius Heydar Aliyev. The period under his leadership is the period of salvation and renaissance of Azerbaijan. Heydar Aliyev, who founded the modern, independent, strong state of Azerbaijan upon coming to power, introduced Azerbaijan to the whole world. He brought freedom and development to Azerbaijan. Under his leadership, Azerbaijan was built on democratic and legal values. All higher values were measured as the main criterion. And thus, the modern and independent state of Azerbaijan created by Heydar Aliyev was established as a model country not only in the Caucasus, but also in the whole world. His visionary and brilliant policy brought all the peoples living in Azerbaijan together. Starting from his time, all peoples in Azerbaijan became closer to each other, and until today, all peoples and people of different faiths in Azerbaijan treat each other as brothers. There has never been any discrimination here. Heydar Aliyev gave peace not only to the people of Azerbaijan, but also to other nationalities living here.

Shortly after coming to power, Heydar Aliyev, who signed the “Contract of the Century” on September 20, 1994, introduced Azerbaijan to the whole world and made the country’s political weight accepted by the whole world. As a result of his rich genius and brilliant policy, world powers started to settle accounts with Azerbaijan. Under his leadership, Azerbaijan took steps towards development and progress. Today, the transformation of Azerbaijan into a powerful state and the strongest country in the region is the product of the rich genius of the great personality Heydar Aliyev and the result of the successful continuation of his political ideas by President Ilham Aliyev.

On the 19th year of his death, we commemorate the great personality Heydar Aliyev with respect and reverence, and ask God for mercy, let his place be heaven.” 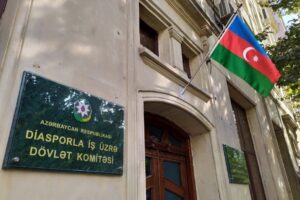 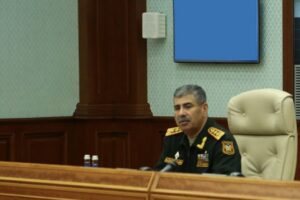 Zakir Hasanov: Series of events to be held in Azerbaijan Army as part of “Year of Heydar Aliyev” will play significant role in further increasing combat spirit of military personnel 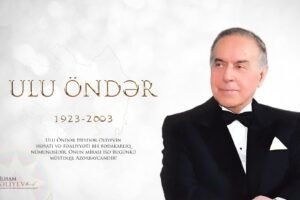 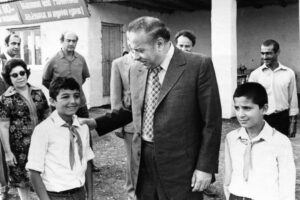 Moments of life given to the people: 1977